Millions of pounds of public money have been spent on a parenting initiative that has had “no impact” on the young people it is meant to help, research has found. 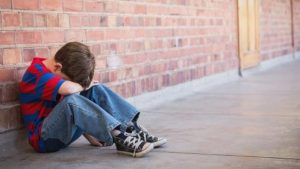 It was aimed at helping parents whose children have common social, emotional and behavioural problems and was introduced across the city. Tens of thousands of families have signed up for it.

However, a study analysing data collected over six years suggested that the initiative was “unlikely to produce measurable benefits” and was a waste of NHS resources.

The authors, from the University of Aberdeen, concluded: “Claims that parenting programmes which focus on the whole-population demonstrate significant impact on the health of the population are especially important, because these might have resulted in a substantial commitment of public funds.

“No convincing evidence of benefit for preschool-aged children’s mental health problems from the Triple P programme in the whole-population implementation in Glasgow was found.”

Developed in Australia, Triple P claims to “empower” parents, enabling them to address their children’s problems themselves.

In Glasgow, at least £4 million has been invested in the programme. But after analysing annual data from standard pre-school assessment questionnaires, the researchers found little evidence that Triple P had changed the children’s behaviour.

The questionnaire lists traits such as “often has temper tantrums or hot tempers”, “easily distracted, concentration wanders”, and “generally obedient, does what adults suggest”. Teachers are asked to match a child’s behaviour with the list, scoring them “not true”, “somewhat true” and “certainly true”.

Responses collected for six years from 2010 showed “no significant improvement in the social, emotional and behavioural difficulties of preschool-aged children.”

The authors found that the “reach” of Triple P was good, in terms of parents with the greatest need starting interventions, but discovered that “fewer than half of families completed group and primary care interventions, with those from more deprived areas and those with more difficulties being less likely to complete”.

This low completion rate might in part explain the lack of impact of Triple P in Glasgow, the study said, but it “may also indicate that it may not have been an appropriate choice of intervention for this population”.

The report added: “It is equally possible that Triple P interventions, even when they were completed, did not affect the mental health problems observed by nursery staff.”

Last year The Times published internal health board documents that showed NHSGCC had purchased Triple P on the basis that it was provided on a not-for-profit basis.

The health board was mistaken. Triple P International Pty Ltd is a for-profit company, whose product was developed by Matt Sanders at the University of Queensland. It has sold about 7 million copies in 25 countries since it began commercial operations in 1996.

Professor Sanders said last night that it was difficult to understand how the authors of the latest paper, published by BMC Pediatrics, reached their conclusion “based on the limited data they have chosen to report on in their study. Consequently the report’s conclusions are vastly overstated.”

He added: “Any paper that produces null findings should be welcomed for what it can teach as long as the evaluation is of sufficiently high quality to provide informative results. We look forward to working with our dissemination partners to see if there are any lessons to be learnt from the current paper, despite our concerns that the paper’s conclusions are overstated.”

An independent report in 2014 showed that 89 per cent of the “evidence-based” analyses of Triple P’s effectiveness were written by experts who had failed to declare an interest in the programme.

Asked about this statistic at the time, Professor Sanders told The Times that declaration of conflict of interest was a “field-wide issue”.

NHSGCC defended its use of Triple P, saying that, at the time, the programme was selected because “published evidence suggested it may have reduced the number of child protection concerns”.

“Through the training and delivery of Triple P, the parenting support infrastructure in Glasgow has matured substantially. It has created a large cohort of practitioners who have professional skills in engaging with families who could benefit from support.”