The outsize iPhone has been a long time coming. Can it pip Android rivals? David Phelan sees how it measures up 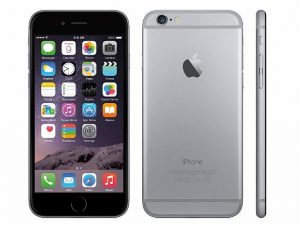 Apple has made a fortune by watching other companies pioneer devices and then stepping in with a superior product. With the iPhone 6 Plus it has repeated the trick. Several years after the Samsung Note ushered in the “phablet” age, Apple has finally joined the ranks of big-screen-phone makers — and to the chagrin of rivals it has got the format right first time. Crucially, the Plus is easy to hold, with the 5.5in display set in a curved case just 7.1mm deep. Most should find it comfortable to use. The screen may not have the high pixel count of the latest Note or its screamingly bright hues, but at 401 pixels per inch (ppi) the display is sharp, with subtle, natural colours. The new version of iOS it runs is not as customisable as Android but at least now you have the option of having six or seven rows of icons on the home screen, and, as on the iPad, optimised apps offer different views in landscape and portrait mode — a good use of the extra screen size that few Android apps can offer. A new 8Mp camera boasts the fastest focus yet seen on an iPhone; the Plus has continuous autofocus for video and, unlike the smaller iPhone 6, optical image stabilisation for low-light shooting. The battery lasts well over a day. The Plus’s memory starts at 16GB, with 64GB costing £699 and 128GB setting you back £789. Delete that unwanted U2 album and you’ll have even more free space.

Verdict Apple may be late to big screens but its first phablet is outstanding. 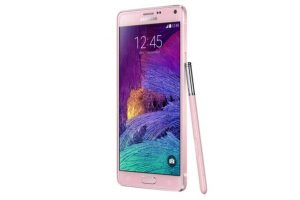 The latest version of Samsung’s groundbreaking Note has a 5.7in display with a resolution of 515ppi, higher than you’ll find on almost any other handset. It’s super-bright and detailed, although many will prefer the iPhone’s more natural colours. The 32GB Note 4 is packed with features. A stylus and optimised apps add extra functions, such as turning a scribble into a number that the phone can automatically dial (useful). Dual Shot takes pictures on the front and back cameras together, the phone can measure your heart rate, like the iPhone 6 it has a fingerprint sensor and it can work as a TV remote (perhaps less useful). It’s disappointing that Samsung continues to use cheaper materials, such as a plastic back cover, than its Apple archrival; at least its faux-leather look is an improvement over previous shiny casings.

Verdict Fast and feature-stuffed but can’t compete with Apple’s range of apps. 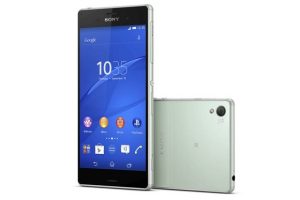 The Sony Xperia Z3 is similar to the Z2, which was launched in the spring, but it gains some design tweaks, including colour-matched nylon corners that help to prevent damage. It retains many of the Z2’s components, including the excellent 20.7Mp camera. The phone is also waterproof — a great asset for seaside holidays and desktop disasters alike. Gamers will appreciate being able to link it wirelessly to a PlayStation 4 and play its games when, say, the TV is being used by other family members. Like the One and iPhone 6 Plus, the Z3 has a 1080 x 1920-pixel screen; it looks crystal clear, partly thanks to the slightly smaller 5.2in display. Sony also claims that it has created a phone that will last two days between charges, thanks to a big battery and a number of power conservation measures. This will entirely depend on your usage, of course. 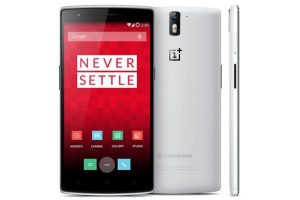 OnePlus’s first phone has a processor and operating memory the match of those in phones costing twice as much, although some owners will miss a slot for a memory card to add to the 16GB of storage (a 64GB version costs £269). The 5.5in display matches the Plus’s resolution but lacks the contrast and natural colours of its Apple rival. Battery life is also less impressive, and the 13Mp camera produces only average results. Like the Sony and Samsung, the One shoots video in 4K resolution; the iPhone does not. The One comes with a tweak to standard Android software called CyanogenMod, which features a stylish look and offers greater customisation than most Android phones, but it can be tricky to use and occasionally crashed.

Verdict Unbeatable value and decent build, but can feel geeky to use and is not easy to get hold of.

What’s out when?
The Apple iPhone 6 Plus (with its smaller sibling, the 4.7in iPhone 6) went on sale on Friday. Between them the two handsets had notched up a record number of orders, so much of the first wave of stock went to those buyers, but shop around and you should still be able to find examples on the shelves. Every network and Apple shop will stock it.

Getting hold of the OnePlus One is more of a challenge. OnePlus claims to be selling the handset at cost price and is releasing it onto the market slowly — presumably a moneymaking model will follow. Officially, the One is available online only from oneplus.net, and you’ll need to have received an invitation via email to buy one. These invitations are given to previous buyers of the phone to dole out, or distributed through promotions on social networks such as Facebook and Twitter, so keep your eyes open. There are examples on eBay if you don’t have the patience.

The Sony and Samsung phones will be widely available. The Sony is available to order now for delivery next month; the Samsung goes on sale on October 10.