Babies are dying because of a chronic lack of access to 20-week ultrasound scans, an Irish obstetrics expert has warned. 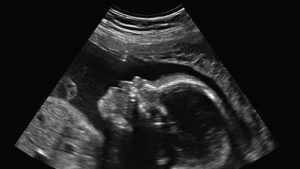 Louise Kenny, professor at University College Cork, said that doctors felt “haunted” because they were forced to choose which women would have access to the scans. The procedure identifies major and in some cases life-threatening problems with organ development.

Ms Kenny told TDs yesterday that mortality rates increased when medical teams did not know about foetal defects before birth. She said that complicated procedures to save the lives of babies were being performed at the last minute in ambulance journeys between Cork and specialist units in Dublin.

Only four of the country’s 19 maternity hospitals routinely offer ultrasound scans at 20 to 22 week, also known as foetal anomaly scans. Members of the Oireachtas health committee were told that the lack of access to the procedure was disproportionately punishing poorer women. A private scan costs about €200.

Cork University Maternity Hospital (CUMH) can afford to offer the procedure to only about half of the pregnant women it treats. Ms Kenny that said staff were being forced to prioritise women who appeared to be at higher clinical risk because they were older or had a history of complicated pregnancies.

“The vast majority of babies that are born with complex abnormalities or significant neo-natal conditions resulting from birth restrictions are not from women with any risk factors,” she told the committee.

“Children will and do die as a direct result of a lack of access to ultrasound scans.”

She said that forcing doctors to choose who can have a scan was “woefully inadequate” and set Ireland apart from other European countries, in which all women access 20-week scan as a routine part of pregnancy.

“It haunts clinicians that in 2017 they have to make the decision: who should get the scan, and who shouldn’t,” she said.

Ms Kenny said if all women were able to access the procedure the HSE would have to dramatically increase its foetal medicine specialists because more conditions would be identified. If a scan identifies a major anomaly that needs acute care women are often transferred to Temple Street children’s hospital.

“If that baby has been unidentified prior to birth because of a lack of the 20-22 week scan, that [specialist care] has to take place ex-utero with a very, very critical baby in an ambulance. That’s the most disadvantaged start that child can have and will absolutely have an impact on its survival.”

She stressed that it was unacceptable that in 2017 women would go into labour without being aware that their baby would die shortly afterwards. The scans can identify foetuses with fatal anomalies, which some women choose to terminate. Fianna Fail and Fine Gael TDs questioned whether Ireland’s anti-abortion legislation was having an impact on access to the scans.

“In the past when amniocentesis [a process in which amniotic fluid is tested] was used to diagnose problems, the Catholic church had no problem with it. They have no problem with knowledge, it’s what someone does with it,” Peter Boylan, head of the Institute of Obstetrics and Gynaecology at the Royal College of Physicians of Ireland, told the committee.

Mr Boylan said poorer women in Ireland were disadvantaged “across the board” because they were being forced to pay privately for the scans.

Mr Boylan and Ms Kenny were giving evidence as part of the committee’s examination of the first National Maternity Strategy, which was announced last January. The strategy recommends universal access to the scans. Very little of the strategy has been implemented because the HSE has failed to hire a team to deliver it despite committing to have a team in place by last July.

Both experts said that women’s health services were the first to be cut. Mr Boylan said the National Maternity Strategy should be like the National Cancer Strategy, with a clinical director in charge of a protected budget.

The HSE had previously claimed that CUMH routinely offered the procedure in response to a question from Louise O’Reilly, Sinn Fein spokeswoman on health. It revised its answer after The Times reported that only 30 to 50 per cent of patients were offered the procedure because of staffing reasons.

Kate O’Connell, Fine Gael TD, told the HSE yesterday that she believed the fact that it had given incorrect information about the availability of scans meant that the issue was not at the top of the executive’s agenda.

In his response Liam Woods, the national director of acute services, repeated the claim that the hospital offered the scans to all women. He later said that he would double-check.