Is just keeping up with the pressure of your daily life a challenge? Do you flit from one task to another, your brain filled with a never ending mental to-do list? Well, then, there’s good news: if you’re over 50 you’re probably in fitter mental shape than your peers. 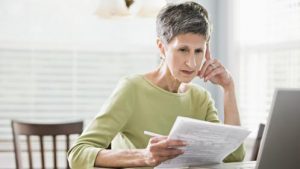 A study has found that older people with busy lifestyles do better on cognitive tests. Scientists from the University of Texas conducted the investigation because they believed that busyness was an underresearched factor in people’s lives.

“Everyday conversation frequently touches upon the busyness of daily schedules,” they write in the journal Frontiers in Aging Neuroscience. “People discuss their packed to-do lists and make inferences about the impact of their busy lifestyle on their health and mental function.” The researchers say that little is known about what those impacts would be.

Current research is ambiguous. Some studies suggest that a hectic life could be good for you. “Busyness could be related to increased effortful engagement at work, home and in leisure activities, which can have advantageous consequences on neural health and cognition,” the scientists said.

Others imply precisely the opposite. “Busyness could be related to increased levels of stress, which can have negative consequences on the brain and cognitive function,” the scientists said. “Stress has been shown to narrow attention, impair working memory, interfere with knowledge acquisition and degrade perceptual-motor performance. High stress even increased the risk of death.”

To find out which of the consequences of busyness were strongest, the scientists looked at 330 people aged 50 to 89.

Then the participants underwent cognitive tests, looking at processing speed, memory and reasoning. The scientists found that those with the busier lives had significantly better mental abilities, particularly when it came to episodic memory.

There are good reasons to believe that it might be that busyness keeps people mentally fit. In particular, past research has shown that learning new things helps to exercise the brain.