Don’t ignore a house because the outside’s ugly – buy it cheap, then give it a facelift. 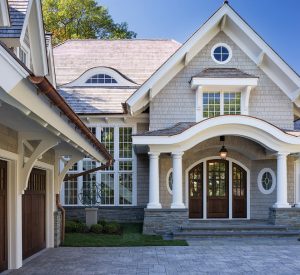 You’ve found a house in the perfect location. It’s the right size and has a nice big kitchen, a garage, plenty of garden and lovely views. Trouble is, it’s the ugliest on the street. Do you carry on the search or forget about ticking all the boxes and buy it? With housing stock so low – down 60% on the boom years – that all the pretty properties are selling at a premium, it may be a long time before anything in the right spot comes up again.

So how about a bit of cosmetic surgery to transform your ugly duckling into a swan? It’s far from being a fairy tale: more and more buyers are using their imagination and investing in boring 1960s and 1970s boxes, at a much lower cost than more aesthetically pleasing alternatives, giving them a facelift and ending up with a dream house that’s worth a lot more.

Aesthetics count for a lot when it comes to value. Prices for houses with similar sizes and locations vary by an average of almost 15% on looks alone, with 1960s and 1970s styles at the lower end, according to research by Savills estate agency. External appearance ranked as the most important factor after the quality of the neighbourhood.

The recession has made dreary post-war suburban properties hard to shift, with prices falling 16% from the peak in London and 25% elsewhere. But it’s these homes that typically benefit most from a facelift. “They are often well laid out and spacious inside,” says the TV presenter and renovation expert Michael Holmes. He has transformed a 1960s house in Oxfordshire into an attractive Arts and Crafts-style home, covering the bricks with render, adding hung tiles on the upper storey and putting in cottage-style and oriel windows. His family lived there happily for three years before selling at a “healthy” profit.

“You have to see what the shape of the building lends itself to,” he says. “Unfashionable houses with simple shapes are easiest to work with.”

That said, the potential in properties with zero kerb appeal may not be obvious. Antonia Quincey refused to get out of the car when she and her husband, Simon, drove up to view the house that is now their home. “I thought it was so ugly I couldn’t live in it,” she says. “It was a depressing ‘executive home’, built in the 1960s. There were seven in the cul-de-sac, and all had been altered and improved except this one.”

Apart from its looks, it had everything going for it. The location, in Great Missenden, Buckinghamshire, was perfect, near the area’s best schools. It had a big garden that backed onto fields, and plenty of living space. Antonia’s husband, Simon, 44, an IT consultant, convinced her that they could make improvements, and they had been gazumped on four houses already in the hot market of 2004, so they bought it.

Yet neither they nor their children, Alessandra, 14 and Dominic, 13, enjoyed living there. “I used to dread driving home,” admits Antonia, 46. “None of us felt happy. No matter how much you tell yourself it’s the inside that matters, what greets you when you come up your path has a profound effect.”

The solution? A bit of beauty therapy from Back to Front Exterior Design, a company based in Farnham, Surrey. The boring flat brick walls were given a smooth off-white render and the windows changed from plastic to wooden sashes. That, along with swapping the conservatory for a right-angled extension to relieve the flat box shape, transformed the property. “We would never have thought of putting the porch on the front, but it helps to give the house the wow factor,” Antonia says. “It’s totally changed how we feel about living here – we all love it now.”

Although the Quinceys have no intention of moving, they have doubled the value of the house. “Before the work started, in April 2008, it was valued at £500,000,” Antonia says. “Now it is £1m.” The cost of the work was “significantly less” than the increase in value.

Not all “ugly” houses will increase in value as much or as quickly, but in the long term the cost of the work should be cancelled out by a boost in price. Still, a full facelift doesn’t come cheap, so extending at the same time will make the project more worthwhile.

“We advise people to look at what the best houses are selling for in their street, so they can see the potential,” says George Hesse, who, with his wife, Yolande, set up Back to Front Exterior Design after transforming their own 1960s house. “Normally, the houses we do are post-war, but they’re not all 1960s and 1970s boxes. Some have been made ugly by bad extensions, bad cladding or the wrong windows. We have to undress the building.”