Irish children who are fat-shamed by their mothers are more likely to become overweight teenagers than peers with parents who perceive their offspring to be of normal weight, a new study has shown. 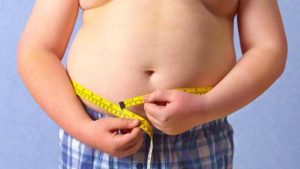 Researchers studied data on 5,886 Irish families. Their findings indicated that children whose parents perceived them as fat could develop negative views of their bodies, feel stigmatised and comfort-eat because of the pressure to be thinner. They also found that mothers who saw children’s weight as excessive might use food to comfort their children.

The behavioural scientists analysed the government-sponsored longitudinal study Growing Up in Ireland, which has been looking at the development of children since 2007. The results were published in Psychological Science, the journal of the Association for Psychological Science.

The paper was written by Eric Robinson, a behavioural scientist and psychology lecturer at Liverpool University, and Angelina Sutin, an assistant professor in behavioural science from Florida State University College of Medicine.

The pair said their research suggested that “once parents recognise that their children are overweight, their children are more likely to perceive their body size as being larger than their peers’. In a society that values thinness and stigmatises adiposity, realising that one is overweight is likely to be stressful and psychologically scarring.”

The added: “Studies suggest that feeling dissatisfied with one’s own body size or wanting to be thinner could result in adolescents developing disordered eating patterns.”

As part of the Growing Up in Ireland study, nine-year-old children were interviewed and weighed, and their parents — 98% of whom were mothers — were asked what they thought about their children’s weight.

When the children turned 13, they were asked to describe their weight and if they had tried to lose weight, gain weight or stay the same.

Analysis of the data found that children classed by their parents as overweight at the age of nine gained more weight over the subsequent four years than those seen as being of normal weight.

They gained an average 24.52 kg, while those who were seen by their mothers as having a healthy weight put on 20.09kg.

The behavioural scientists stripped out other factors that could influence a child’s weight, such as gender, household income or medical conditions, and factors that could sway parents’ perceptions, including being overweight themselves or displaying depressive symptoms.

Growing Up in Ireland has previously found that obesity is strongly linked to social disadvantage: while 25% of all three-year-olds in the study have been found to be overweight, the offspring of unskilled manual workers are 65% more likely to be overweight at the age of three than those whose parents have professional jobs.

The World Health Organisation has warned that Ireland could be the most obese country in Europe by 2030.

Eva Orsmond, an obesity expert who runs a children’s weight-loss programme, said the latest conclusions were counter-intuitive. She favoured parents speaking openly to youngsters about the problem.

“The most common thing I hear from parents in my clinic is that they are afraid to broach the subject at all, in case their child develops anorexia,” said Orsmond, a Finnish doctor who last year fronted the RTE documentary Sugar Crash, about the dangers of hidden sugars in children’s diets.

“I have always believed in open discussion about the subject because children know when they are overweight. I have seen children in tears in my clinic because they can’t fit into their clothes or they got called a ‘fat cow’ at a disco.”

Robinson and Sutin said that while the findings did not determine whether parents’ views had caused childhood weight gain, the results supported “the proposition that parents’ perception of their children as overweight could have unintended negative consequences on children’s health.

“Studies that experimentally manipulate parents’ perception of their children’s weight will now be required to better understand the causal influence of such perceptions on weight gain.”