The latest figures from the Office for National Statistics reveal that 42 per cent of marriages are expected to end in divorce, with half of those occurring in the first ten years. Psychotherapist Wendy Bristow, who specialises in personal and family relationships, gives her advice for maintaining your relationship. 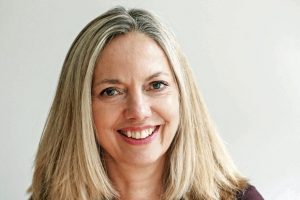 If you make a complaint, do it with recommendations


After ten years, if your partner never cleans the kitchen floor even though it’s his assigned chore, it’s likely you’ll stop bothering to leave the mop in the middle of the room. Instead inertia sets in, and a sense of hopelessness and enduring resentment that’s highly corrosive. Better to complain, although, says Bristow, “a complaint in itself is just moaning. However, if you say, ‘It upsets me because I feel this, and what I’d like instead is this,’ you provide a solution.” An email is wise if you can explain in clear, non-accusatory, moderate language what’s bothering you as, says Bristow, “There’s less scope for misinterpretation or twisted words.”
Sex really matters
If you’ve not had sex for ages, don’t make a lunge on the sofa after Poldark, warns Bristow: rejection could deepen the fault line. “Say, ‘there’s something I’d like to talk to you about. I reckon it’s about a year since we had sex. I miss our fabulous sex life, and how you take charge in setting the rules that I have no choice but to follow. I was wondering how we could get it back?'” Asking non-loaded questions, says Bristow, and using the inclusive word “we” are key. Avoid the route of “I hate that we don’t have sex, don’t you fancy me?” – cue for a monster row. It requires courage to make yourself vulnerable, but without risk, nothing will change.

Watching TV with his arm around you is lovely, says Bristow, “but if you’re not having sex, it’s not wildly different to having a flatmate”. Sex is crucial because as well as fostering warmth, intimacy, happiness, the thrill of desire and the glow of feeling desired, it generates goodwill. “We can all think of couples who have basic goodwill towards each other, and couples who don’t,” says Bristow. “It’s awkward being around couples who don’t, because if goodwill is lost, a relationship is probably doomed.”
Be honest about why you’re angry
Few long-married couples have the passionate row/passionate sex dynamic. More familiar is the “long-term grumpy ‘you never put your mug in the dishwasher’ anger: the least sexy feeling on earth,” says Bristow. Anger characterised by passive aggression (ie, sulking, or silence) is destructive, because there’s no attempt being made to change. Identify the underlying issues, then attempt to talk honestly, but kindly. If love is there, it doesn’t take much to reinstate goodwill. Remember that “sorry” is a powerful word.
Talk about something other than your children
It’s estimated that the average couple with young children chats for a measly ten minutes over an hour-long dinner. “It’s quite possible to fill that time up with practicalities; the cat’s diarrhoea, the recycling,” says Bristow. Ban the topics of kids and work. Instead discover something that surprises you.
Argue but don’t be lazy
It’s easy, with a partner, to slip into the emotionally lazy habit of behaving badly – rather like a child taking their frustrations out on a parent because it’s safe. Only, says Bristow, when you’re an adult, it’s not quite as safe: it can wear down the relationship. So, for instance, when you catch yourself bickering, don’t endlessly criticise on autopilot. If your reflex reaction is eye-rolling, force yourself instead to sport a friendlier expression. Instead of saying “you keep going on about this,” say “I see what you mean.” Bristow says, “Even slightly tweaking the dynamic can have a positive knock-on effect.”
Make an effort with your appearance
We can all forgive a few inches around the midriff and a bad haircut, says Bristow, but not bothering with your appearance lowers your self-esteem, and insultingly suggests that your partner isn’t worth the effort. Meanwhile, buying a gorgeous dress, says Bristow, is almost a selfless act: “If it gives you pleasure, it puts pleasure in the relationship pleasure pot!” She recalls one woman realising her marriage was in trouble. The canary in the mine? “Her husband wasn’t even cutting his toenails. Not bothering with self-maintenance is not trivia.”
Remind yourself of what you like
Being appreciated generates a huge amount of positive feeling, says Bristow. Some couple counseling sessions, like the ones available from a company like Psych Company, end with an appreciation dialogue, where partners take turns to express their gratitude: “I appreciate how good you are with the kids when you come home tired from work.” We can take each other for granted, after ten years. Expressing the detail of your gratitude is powerful and healing.
Get out of your relationship “role”
After a decade, couples often polarise into various roles: “the dreamer” and “the realist”, for instance, says Bristow, and arguments revolve around one person being pie-in-the-sky, or a killjoy. Or you might polarise around practicalities: she cites one woman who complained of the cold, but when her husband told her to re-programme the heating, she said she didn’t know how; it was his job. “If you can shift out of the ruts, it helps you to empathise with each other.” And with mutual understanding, half the battle is won.